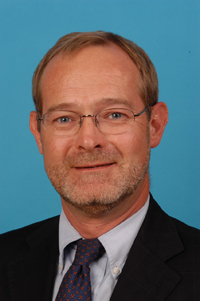 Mr Piet Haers is one of the UK’s leading orthognathic surgeons.

Orthognathic surgery is surgery to correct conditions of the jaw and face related to structure, growth, problems with skeletal disharmonies, tempromandibular joint (TMJ) disorders or other orthodontic problems that cannot be easily treated with braces. It is also used in treatment of congenital conditions like cleft palate. Orthognathic surgery is commonly referred to as corrective jaw surgery

Piet studied medicine and dentistry in Namur and Leuven, Belgium and trained in Oral and Maxillofacial Surgery in Bruges in Belgium, Arnhem in the Netherlands and Zurich in Switzerland. Between 1992 and 1999 he was member of staff of the Department of Oral and Cranio-Maxillofacial Surgery at the University Hospital of Zurich. In Zurich he wrote his theses in medicine (Dr. med), Dentistry (Dr. med. Dent.) and his habilitation thesis (equivalent to a PhD in the UK).

The clinic will be open for scheduled appointments as per government guidelines in Tier 4.