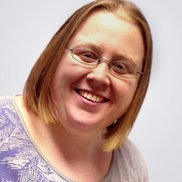 Sheriee qualified as a dental nurse in 2001 at Kings college hospital and undertook her specialist orthodontic nursing certificate in 2003. She has worked with Moira since 2002 firstly within the hospital setting, then as her dental nurse and practice manager from the first opening day of her Luton orthodontic clinic in 2005.

Sheriee was very pleased to be given the opportunity to train as an orthodontic therapist and gained her diploma in orthodontic therapy in 2010.  This has allowed her to be able to work clinically alongside Moira treating  adults and children alike. She very much enjoys helping people achieve smiles which they are proud of showing off and finds it very satisfying to see patients bloom and gain confidence during their treatment.

Working with Moira is never dull or repetitive, as part of Moira’s team Sheriee sees a diverse range of patients with varying problems every day.